In January of 2016, I began a relationship that would ultimately become highly abusive. It lasted four months. Four Months is a series of comics that documents some of those moments, and the hurt and healing that followed.

I created this comic, partially, from a torn up card which was given to me by my abuser.

The text on the photo of the card interior reads:

You must be a tsunami, because I am being swept off my feet…

[redacted]
Very glad to have met you.” 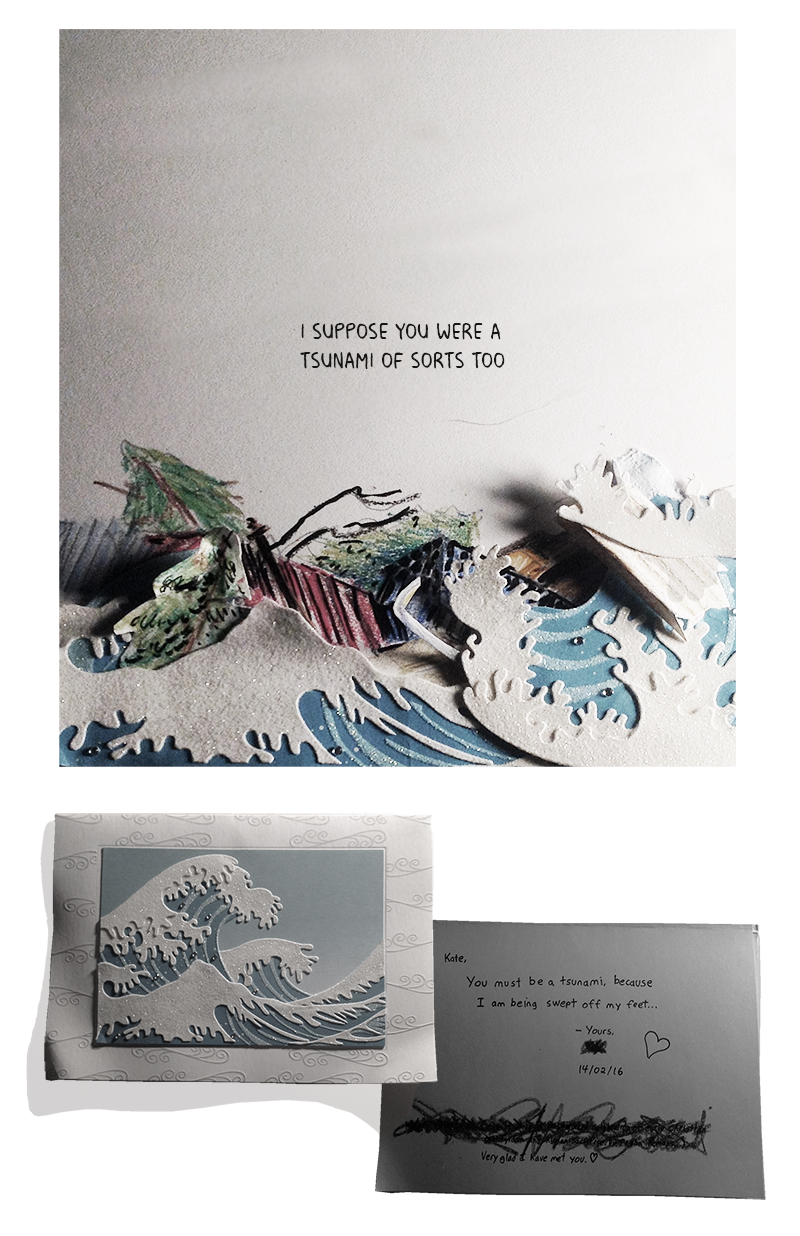